Pinterest has entered the news recently with an upcoming new feature. With the new Pinterest Buy It button, consumers will soon be able to buy products directly from the website.

For those who don’t know, Pinterest is a virtual bulletin board, where consumers can pin pictures that they like to their boards.   It is a visual medium with pictures and videos of all kinds. 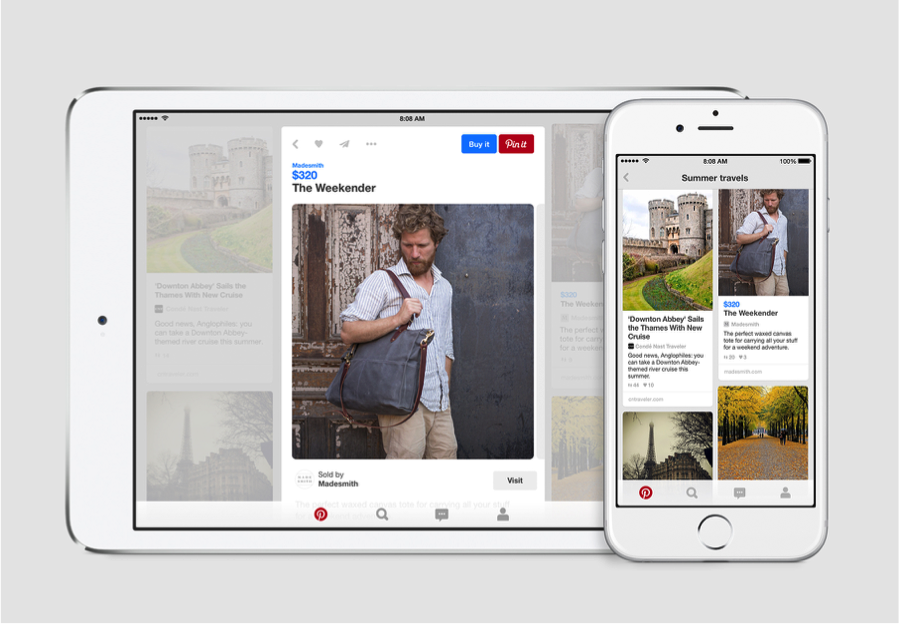 Consumers enjoy using Pinterest to look at products that they are interested in buying. According to research from Millward Brown, over 96% of users go to Pinterest to plan a purchase and about 87% have bought something because they saw it on Pinterest.

With the upcoming release of the Buy It button, Pinterest users will be able to buy many of the products they like directly from the site. For the businesses that will be selling through Pinterest it has been announced that they will not be charged commission at this point. Shoppers will not pay any additional fees either. Users will have the option to use Apple Pay or a credit card to make their payments.

The Pinterest Buy It button is slated for release at the end of June, starting on Apple iOS. The first companies that will be able to use the Buy It  button include Macy’s, Neiman Marcus, and Nordstrom.