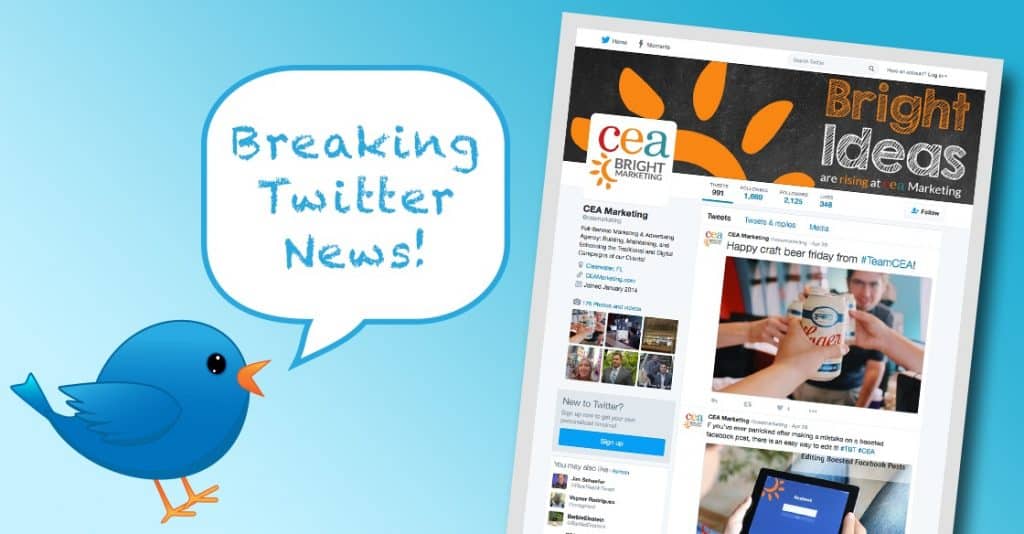 Still 140 characters, but more to love 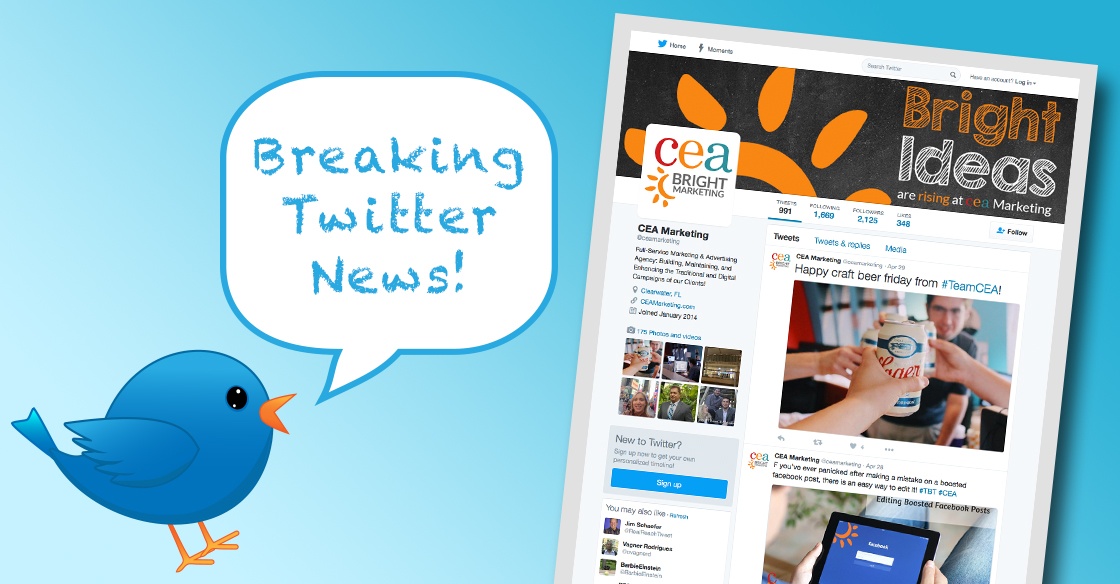 Twitter just announced some big changes to its small format. Starting this summer, @replies, images, Vines, polls, and other forms of media will no longer count toward your 140 character limit.

So what does this mean for marketers and other Twitter users? It’s simple:

Twitter is great for short conversations, but as of now, the length of your handle – and the handle of the person you’re tweeting with – restricted the length of your response. Not any more! Now you can tweet a reply back to us @CEAMarketing without losing those valuable 13 characters.

Images, GIFs, and other media

Want to post a GIF or Vine with your tweet? Now those media links won’t count towards your 140 characters. Posting a poll or quoting another tweet won’t count against you either. So go ahead… attach that cat video.

Feel like a really good tweet got missed? Soon you’ll be able to RT yourself! You can even make a comment on your own tweet if you feel like you’ve got a little something extra to say. It’s just one more way Twitter is helping us to make the most out of our 140 characters!

This one is especially exciting for us here at CEA. We’ve witnessed many tweets intended for a wide audience fizzle, all because they started with an @mention. It’s a teeny nuance within Twitter that has caused endless frustration to many, even though social media marketers have known (and complained) about this for years. Twitter finally got the message (maybe with a few @mentions directed at them) and they are removing this rule. According to the Twitter announcement:

New Tweets that begin with a username will reach all your followers. (That means you’ll no longer have to use the ”.@” convention, which people currently use to broadcast Tweets broadly.) If you want a reply to be seen by all your followers, you will be able to Retweet it to signal that you intend for it to be viewed more broadly.

These changes aren’t happening today. Twitter is giving developers a head start, so apps, plugins, and other things that work with Twitter have time to make adjustments.

Be sure to follow us on Twitter! Because when these exciting changes do finally roll out, you can be sure that CEA Marketing will tweet about it… in 140 characters or less, of course.